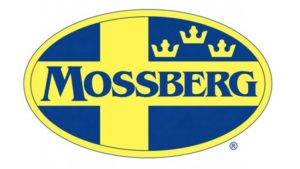 Today the National Shooting Sports Foundation AKA the NSSF which is the trade association for the firearms, ammunition, hunting and shooting sports industries voted to expel Dick’s Sporting Goods (and Field and Stream Stores) from membership due to pro-gun control activities which are contrary to the goals of the NSSF.

You can read the NSSF’s news release here:

Way to go NSSF. Who will expel them next?

I find it ridiculous that in the USA we have lost common sense and think that firearms are the problem when its painfully obvious that we have a serious social problem in this country that goes much deeper than more firearm controls that have never proven to resolve any issues.

I don’t fully grasp the concept that, in the USA, the ‘tool’ is to blame for an act that was perpetrated by a human. Should we institute controls for any item that is used to harm another person? For example, rocks, bricks, baseball bats, rope, duct tape,exploding mobile phones and etc.

I hope we can find a common sense solution that works…

I can’t wait to see who cuts ties next.

This was posted yesterday on the Springfield Armory Facebook page:

GENESEO, IL, (05/03/18) – Springfield Armory is severing ties with Dick’s Sporting Goods and its subsidiary, Field & Stream, in response to their hiring a group for anti-Second Amendment lobbying.

This latest action follows Dick’s Sporting Goods’ decision to remove and destroy all modern sporting rifles (MSR) from their inventory. In addition, they have denied Second Amendment rights to Americans under the age of 21. We at Springfield Armory believe that all law abiding American citizens of adult age are guaranteed this sacred right under our Constitution.

It is clear where Dick’s Sporting Goods and its subsidiary, Field & Stream, stand on the Second Amendment, and we want to be clear about our message in response. Their position runs counter to what we stand for as a company. At Springfield Armory, we believe in the rights and principles fought for and secured by American patriots and our founding forefathers, without question. We will not accept Dick’s Sporting Goods’ continued attempts to deny Second Amendment freedoms to our fellow Americans. 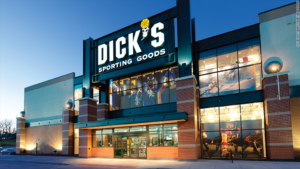 I guess this is a first.

A company that actively sells firearms has hired a firm to lobby congress on their behalf in support of GUN CONTROl.

Yep, that is correct, Dicks Sporting Goods (as well as Field and Stream Stores) are now  pro-gun control.

I guess destroying all of their ‘AR-15’ style weapons inventory and refusing to sell to persons less than 21 years of age was not enough.

Please share this news with everyone you know, especially those who are pro-gun and let them decide if they want to support that chain anymore.

I know my answer.

You will also want to contact all firearm related manufacturers that Dick’s carries and let them know that you are concerned and ask them if they plan to stop selling to Dick’s and take it from there.

This will not stand.